April 1 marks 25 years since Rolf Bjørkdahl (66) from Uddevalla started as a consultant in Omega 365. This autumn he is planning to retire, and together with his wife, they are eager to go for a test drive around Sweden in their newly ordered camper van.

Norwegian text below / Norsk tekst under 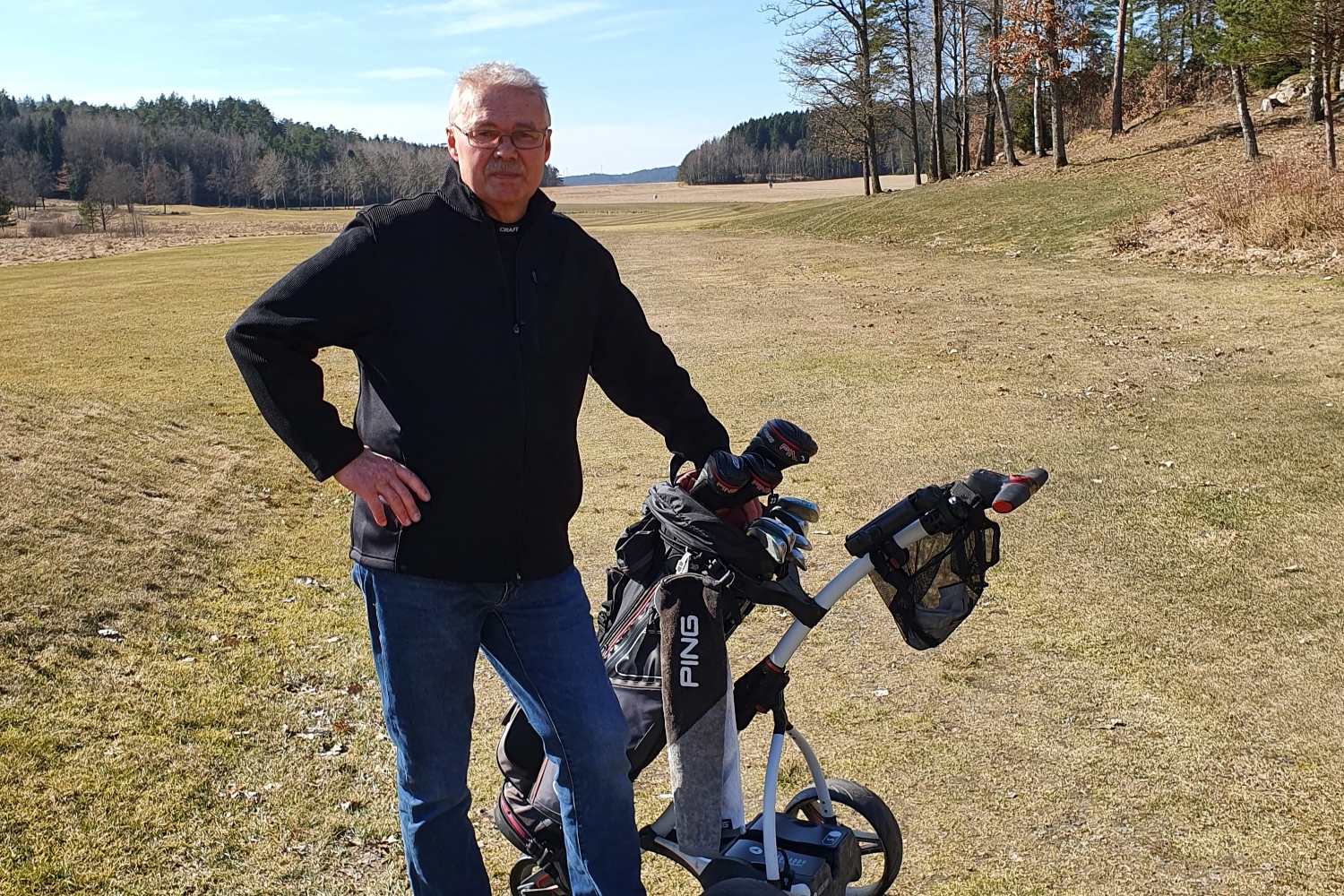 Rolf Bjørkdahl started as a consultant in 1997, now he is celebrating 25 years as Omega consultant.

“After the test drive we will go looking for the best areas to golf throughout Europe,” he smiles.

Both he and his family are true golf enthusiasts and are eager to get out and make a ‘hole in one’ as soon as the season starts.

Rolf has lived in Uddevalla in Sweden his whole life and with his wife has two grown-up children and one granddaughter who is ten years old.

“Golfing is a huge interest for me, my wife and our two children,” Rolf explains. It all started when he joined his son golfing when he was younger, and it has been an interest ever since.

When he started in Omega back in 1997, he was consultant number 40. Bjørkdahl had already been working in the offshore business for twenty-one years and, on Hydro´s hook-up project on Oseberg C, met Tor Erling Lunde - one of the founders and owners of Omega - who was also working on the same project.

“I had already met Tor Erling Lunde at the start of the nineties, when I worked on offshore projects, so when he asked me to start as consultant it was an easy choice,” Rolf explains. I have never regretted this choice, he continues.

“There have been so many opportunities in Omega and I have felt safe there.”

“Before I started working as a consultant, I got to know Omega while being part of the test team for Omega´s project management system, Pims, for Norsk Hydro in 1990. Back then Norsk Hydro had its own system, but after testing the new Pims tools from Omega, the Norsk Hydro started using Pims instead.”

It was in many ways a coincidence that he started working in the offshore business. Only 21 years old and just finishing his degree at Teleteknisk Gymnas (electro/tele technical high school) and one year in the military service, he discovered an advert in the local newspaper in Uddevalla, where the Norwegian company Norsko Services at Stord (Aker Norsco) were seeking offshore workers.

“I had no idea of what I was going to do next, so this opportunity looked interesting. It was back in 1976 and it was not typical for Swedish youth to choose a career in the offshore business. A friend and I went to Landvetter airport in Gothenburg to seek some more information from the recruiters from Norway. In total we were ten guys who started working for the company at Stord in Norway.

Since then, Rolf has been in the offshore business, working on almost 40 different platforms. He is currently working on a project as Completion Manager. In his first years as a consultant, Rolf's assignments usually lasted from a year to a year and a half, but for the last 12 years he has been part of larger projects where the assignments often lasted from three to four years.

“There has been a lot of modification projects over the years, including new technologies and new competence to increase the production from existing fields. In addition, there has been many hook-up and commissioning projects on new fields. These various projects over the years are probably the reason why I have managed to stay this long in the business. You get to know many people and ways of working, and I have gotten to learn and take part in many exciting projects offshore.”

Rolf emphasizes that he still stays in touch with many of his colleagues he has gotten to know during his years offshore. It was often the case that the same team met over again on different projects, which has been helpful for  the processes in the project and strengthened their friendship.

For 46 years Rolf has been a part of the Norwegian offshore golden age and experienced first-hand the ongoing development in work culture, systems, not to mention the development and focus of health, environment, and safety work (HSE) in the offshore sector.

“If you had told us back in the seventies and eighties that we did not have to share our sleeping rooms on the flotel with five other smoking colleagues, it would have been hard to believe. But that was the standard back then.”

He also talks about the luck he had with his rotation when he in 1980 worked on Edda at Ekofisk; during his time off back in Uddevalla he witnessed the news of the flotel Alexander Kielland that capsized during a storm.

“I have never been afraid of travelling offshore. But I realized it was pure luck that I was not offshore at the time. Due to the two weeks off and two week on-rotation back then, it was a fifty percent chance I could have been there when the accident occurred. I was so young that I did not realize the gravity of everything. When I returned offshore after the accident, work continued as normal, and we had a new flotel. No one asked how you were doing.” He says thoughtfully.

According to Rolf it has been 25 magic years being a part of the Omega family. He has never considered ending his relationship with Omega 365, except for a period early in 2021;

“I told my employer that I most likely would end up quitting in the middle of a project due to all the hotel quarantine caused by the Covid shut down. However, I was asked to continue, and I realized that I had never given up any project I had been a part of. So, I decided to complete this project as well.”

It has been a tough couple of years during the pandemic, going from his home in Uddevalla via Sola in Stavanger to travel offshore, and back home again. The 2/4 rotation offshore (two weeks offshore, four weeks off) combined with ten days of quarantine on a hotel before traveling offshore and returning to seven days of quarantine at home in Uddevalla.

“The regulations made me spend the majority of my time off in quarantine,” Rolf explains. In total it turned out to be over 100 days of hotel quarantine at Sola during this period.

Bjørkdahl cannot emphasize enough how much both his department manager in Omega 365, Wenche Tindeland, his colleague Tor Erling Lunde, and the other people he has gotten to know in the time he has worked as consultant, have meant to him.

“There are so many people who would like to get the opportunity to work as a consultant for Omega 365,” Rolf says.

“Wenche has always been ahead of my ending contracts, trying to find interesting new projects for me to start with when the existing projects I was working on came close to the end.”

“It is hard for many to believe the benefits we have in Omega, where we can travel on team events and meet colleagues from the whole company and be able to rent houses all over the world.” He says, referring to Omega 365’s employee welfare program Advantage.

For his family the Omega apartments on the Canary Islands have been a golden chance to combine a family gathering with their main interest golf.

“For my family and I this has been valuable time.”

Spotlight highlights and celebrates our team members and their efforts. We believe there are contributions, personalities, and developments throughout Omega 365 that deserve recognition and acknowledgment.
You may have a colleague who has made a breakthrough, improved workplace moral, or secured a client contract – we want to know about them and we want to celebrate them! Stay tuned to find out how you can nominate a Spotlight candidate or send your current tips to lauren@omega365.com.