Omega 365's head office in Ølensvåg is expanding to prepare for new hires and future growth. Securing a greener energy profile for the office buildings is an important goal in this process. 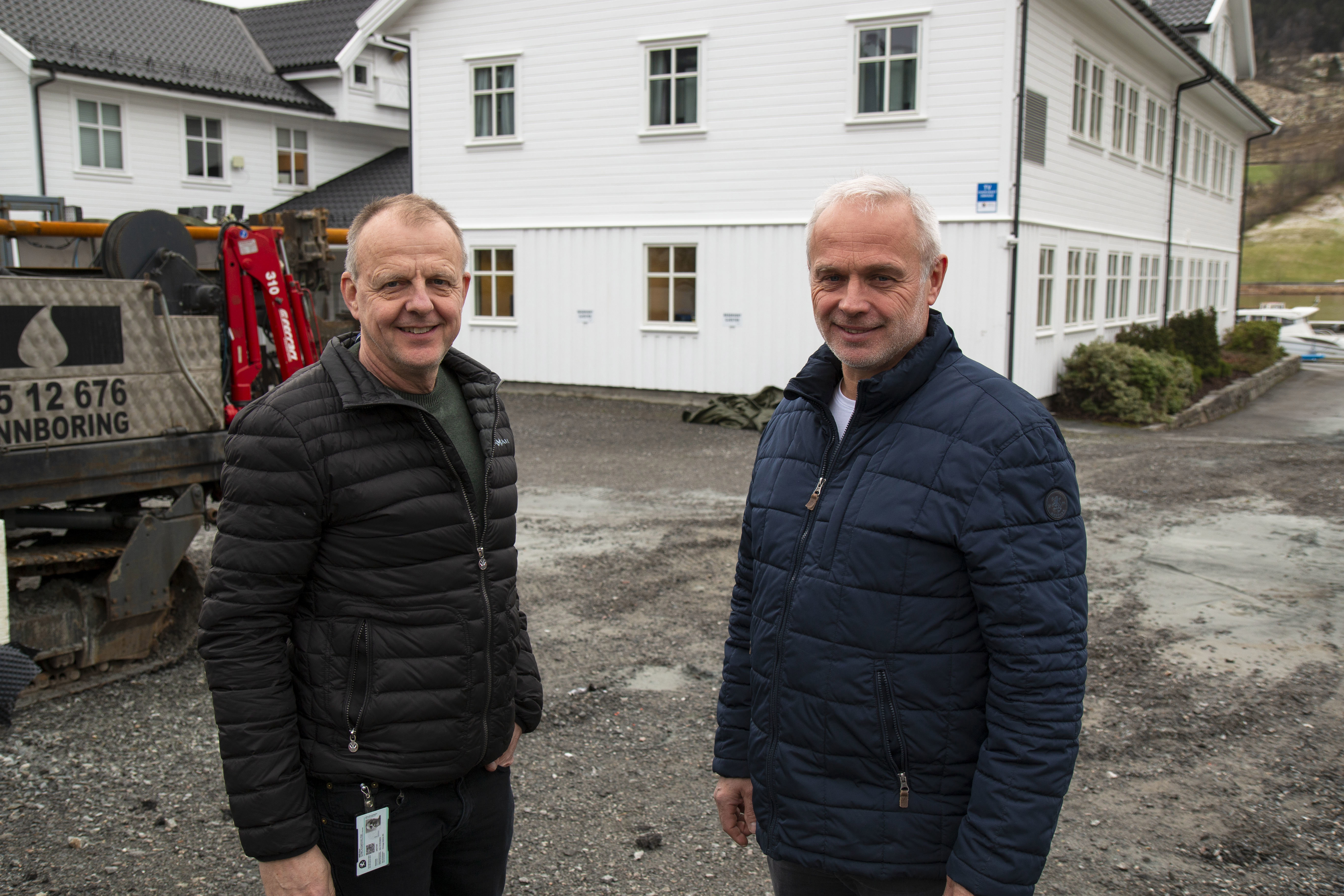 Omega 365's head office in Ølensvåg, Norway, is expanding. Work is now underway on a project that will extend the office to the east of the current buildings.

As of today, the Ølensvåg office is populated by employees from Omega 365 Solutions, Omega 365 Consulting, and Omega Areal, as well as Admin and our canteen staff. The Omega 365 Design team recently moved to the neighboring ‘Medvind’ building but are also part of the Ølensvåg team. Approximately 150 employees are working at the Omega 365 head office in Ølensvåg.

“As a result of increasing deliveries to existing clients, as well as contracts with new clients, we are currently required to recruit for both Solutions and Consulting. Admin serves all companies in the group, worldwide. We are experiencing solid growth in Norway and globally, which in turn creates a need for more employees in Admin,” says CFO in Omega 365, Kjell Tore Helgeland. 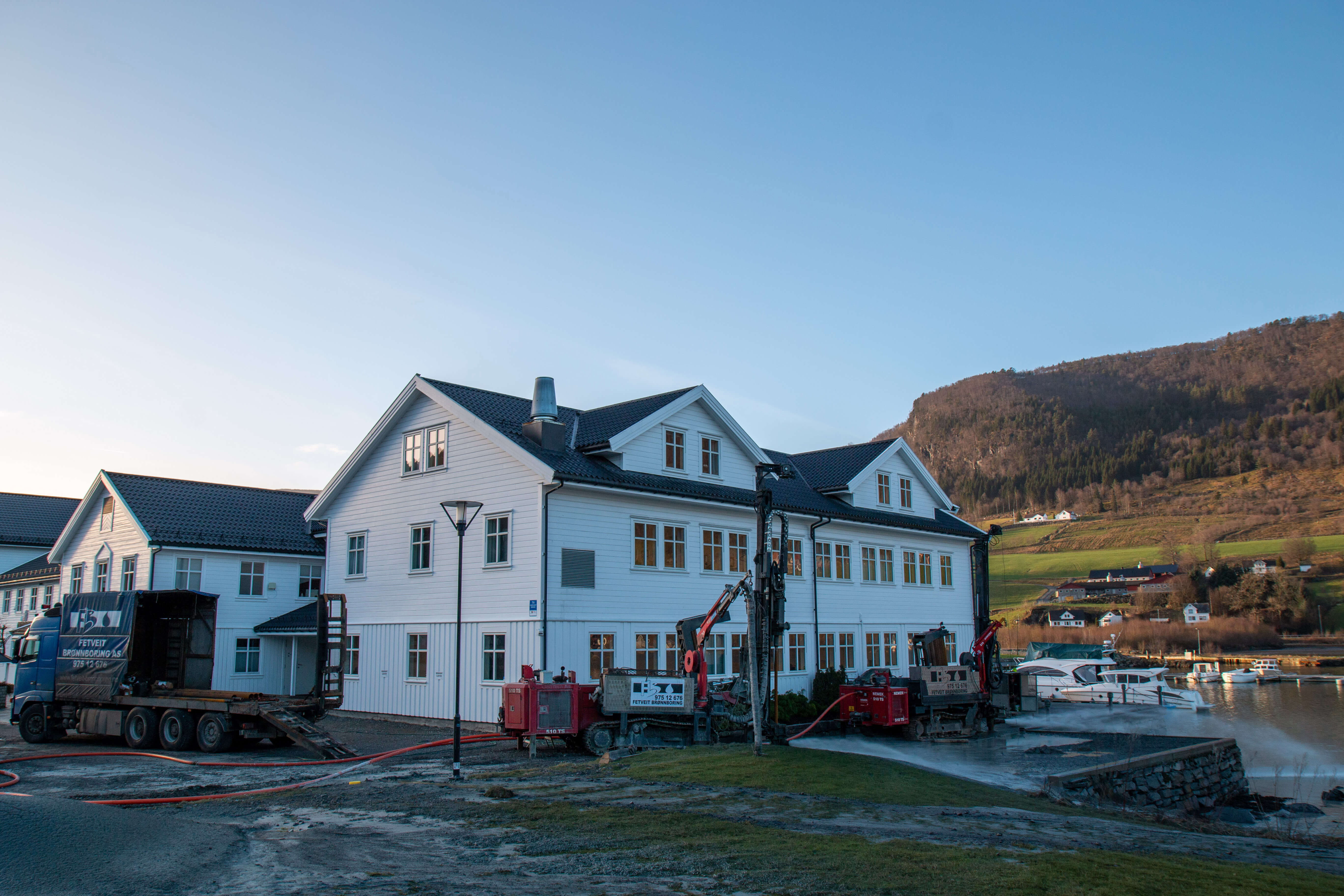 On 13 January, work began with the drilling of energy wells for the office. Five wells of approximately 215 meters each will be drilled, with the work expected to take approximately one week. Following this, the digging and concrete work will take place. Around 1 March, the woodwork is planned to commence, and the building will be completed around 1 November 2022.

"We will have 55 new office spaces in the building and an upgrade will also be made to heating systems and ventilation in the existing buildings that were built in 2007. All panel heaters in the existing buildings are now removed and will be replaced by waterborne heat throughout the building, with the energy being extracted from the five energy wells. This will make the office building much more energy efficient than it is today," says Project Consultants Manager, Arne Gunnar Habbestad, who is also responsible for managing the office expansion.